This is a past event. Registration is closed. View other Equals events.

Anita Abaisa is a Professional Upgrader of Socio-economic Positions. Founder of Black Ladies Talk which is the largest black women community in Europe, Ibias VR and Co-Founder of Gladiator Academy where she bridges the gap between education and the job market. Mission: Upgrade socio-economic positions of minority groups. She is a Professional Upgrader and challenges the status quo to upgrade with her. She has a background in Sales, Positive Psychology and Learning & Development.

With Ibias VR she is aiming to increase empathy with the use of virtual reality in her training program. 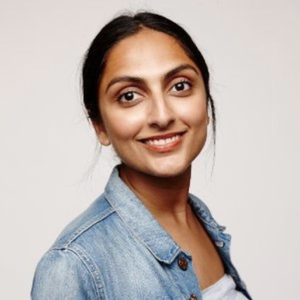 Fauzia Musa is a strategy director based in London. Born in Mumbai, raised between London and the Bay Area, she is well versed in navigating different cultures. Her passion for people and how brands and design can meet their needs has led her to work for and with leading companies and agencies such as Media Arts Lab (Apple), IDEO, and Google, amongst others. She is currently a strategy director and editor-at-large for TwentyFirstCenturyBrand where she focuses on coaching brands to be more inclusive and have a reciprocal impact in the world. 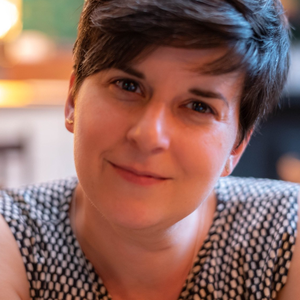 Alexandra Deschamps-Sonsino is an Internet of things author, consultant, public speaker and entrepreneur with a background in industrial and interaction design.

She wrote ‘Creating a Culture of Innovation’ (2020) and ‘Smarter Homes’ (2018), as well as the initiator of the London Internet of Things Meetup between 2011 and 2020. As a designer and consultant she worked on projects that are now in the permanent collections of the Museum of Modern Art in New York and the London Design Museum. The studio she co-founded, Tinker London, was the first UK distributor of the open source electronics platform Arduino. She is on the board of Trustees of The Restart Project, a charity that focuses on ‘right to repair’ issues. She was also on the board of advisors of VIRT-EU Horizon 2020 project about ethics in the internet of things. 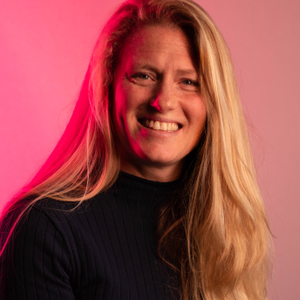 Corporate Rebel, Advocate of Diversity, Equity and Inclusion in the Workplace

Krista Koeleman is a change maker, a corporate rebel, and a strong advocate of Diversity, Equity and Inclusion in the workplace. She works at PwC Amsterdam driving the Tomorrow 2.0 initiative at the PwC Experience Center. Together with a diverse team of user experience designers, programmers, business experts and other creative professionals, Krista is responsible for solving important problems for clients as well as PwC itself. She has been focused on the challenge of establishing an inclusive culture in organizations. Creating a sense of belonging for everyone. Not only is she very passionate about this topic for herself, but she is also determined to make a lasting change, which will provide a more inclusive world for her three daughters. 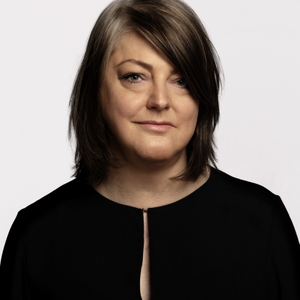 Prior to founding FinchFactor in 2009 (now futurefactor), Kerrie was PR Director at Wieden+Kennedy. There she wrangled brands such as Nike and Heineken, Coca-Cola and Electronic Arts. Today, from offices in Amsterdam, London and Los Angeles, futurefactor works with some of the world’s most successful creative businesses and brands - helping them elevate their purpose, drive growth and plug into culture with a clearly articulated voice.


Additionally, Kerrie is a country representative for the Cannes Lions International Festival of Creativity, board member of the ADCN, advisory board member of both IncludeNow and Candid, and the founder of SheSays Amsterdam.

This is a past event